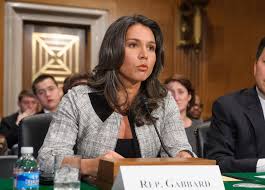 Prime Minister Narendra Modi not only won the hearts of Indian Americans amidst a full house at Madison Square Garden but also of nearly 40 top US lawmakers who described his words as “inspirational and visionary”. Many felt that he is a “charismatic” figure, while others felt he was “on the cusp of a transformation”. His views on minimum governance also struck a chord with the lawmakers.
Congressman Ami Bera, the only Indian-American lawmaker in the current House of Representatives, described Modi’s speech as inspirational and visionary. “Today the Indian-American community was celebrating. I look forward to continuing to work together to reinvigorate the US-India relationship,” he said.
“It was great to hear his message of peace and friendship at his address to an energized crowd at New York’s renowned Madison Square Garden,” said Congresswoman Tulsi Gabbard.
“Modi’s visit marks a significant positive step toward growing the relationship between the US and India, which is a bond based on shared democratic values and a focus on mutual prosperity and security,” said Gabbard, who also called on the Prime Minister at his hotel. Gabbard presented to the Prime Minister a Gita, which she said had taken oath when she was sworn in to the US House of Representative.