Of all the amazing, beautiful and unique things about India, perhaps the most stunning is the grand spectacle of the general elections in the world’s largest democracy. Every five years millions of people across this vast land stand patiently in line to invoke the power of their vote. This is one day we all have a voice and without a hint of bloodshed, entire governments change.

In the last general elections, the voting population of India was 714 million. Five years have passed and a lot has changed in the political landscape, with new players and new parties joining the race. The voters are taken very seriously, especially if it is an election year, and the Election Commission of India celebrated National Voters Day in January and the theme not surprisingly was ‘Ethical Voting.’ Out of the new voters enrolled for this election year, 127 million are the newly eligible 18 year olds. With this, the total Indian electorate is a whopping 800 million. The world will witness again this huge mass of humanity conduct a peaceful exercise of democracy and then the wait shall begin for the results. 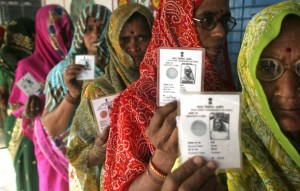 It is worth mentioning that while the elections are being played out in India, some of the most avid watchers are thousands of miles away and separated by oceans and continents—in America. Some of them who left their homeland over 30 to 40 years ago will still keenly follow the details on television, Indian newspapers and by phone calls to the family in India. Many Indians infact have become American citizens and are also involved in voting in America, but somehow this election continents away gets them all worked up. Perhaps it has to do with their coming-of-age years.

Few days back, 250 high net worth individuals from Bangalore paid Rs 20,000 per plate to attend a fundraiser for the Aam Aadmi Party at Capital Hotel in Bangalore. At another similar event in Nagpur, Arvind Kejriwal spoke to a 150-plus crowd that had paid Rs 10,000 apiece to listen to him. The Rs 65-70 lakh which AAP managed to raise at the two events was the first ever by an Indian political party through a channel popular mostly in western democracies, especially America.  The very reason why AAP is organizing fundraisers is to keep up with their commitment to bring transparency into election funding. They are simply trying to stick to their mantra which is “to raise money over the table, not under the table.” Not just that, they have also published the names of their donors, again very much a common American practice. BJP tried their hand at something similar for those attending Modi rallies by collecting a token amount of Rs 5/10 per head which didn’t really create the same impact as AAP managed. 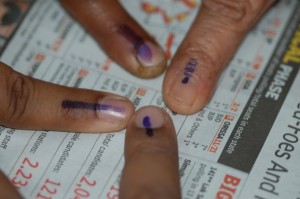 This isn’t the only American method adopted for the forthcoming high-decibel Indian elections, and the trend isn’t limited to new outfits like AAP. Parties across the spectrum are adopting many popular practices which till now were limited to American politics. The Congress party’s decision to hold primaries in select constituencies — in the teeth of opposition from local party chiefs — and its main opponent BJP’s decision to project Narendra Modi as its prime ministerial candidate, way ahead of the elections, are both reminiscent of the American Presidential elections. The extensive use of social media and even the debates being organized by the civil society add more than an American touch to the heat and dust of our parliamentary process.

As it stands now urban and global Indians abhor the current state of politics in India and truly believe that it is merely a personality aberration of politicians. As voters, we always hope to have a different view from what we see in our politics, which explain the reason behind opinion surveys, report cards of MPs by voters etc. The very notion that politics and politicians are a mirror to society and are mere manifestations of ourselves is often dismissed callously or avoided by our urban class. If we accept two premises: that elections in India are free and fair and a majority of voters do vote, then we have to accept that what we see is who we are. That Churchillian quote: “In functioning democracies, you often get the government you deserve” rings true to date.

United States India Political Action Committee (USINPAC) has launched a series of conference calls with expert Indian political analysts including the likes of Yashwant Deshmukh, Madhav Nalpat, Jagdeep Chhokar, Rajiv Kumar and Anupam Srivastava.  The invited Indian experts will offer their analysis and their forecasts for the election.  Our goal is to provide you with the opportunity to hear from and engage with these experts. 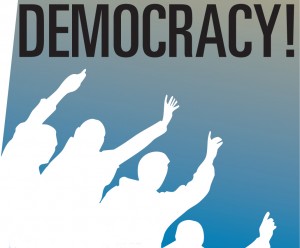 After all, this is as big as it gets. The Indian Elections 2014 is quite possibly the biggest show on the planet and we want to make sure you get a ringside view of the whole event. Let the show of people’s power BEGIN!

3 thoughts on “Getting India to VOTE!”