The new government which is just two months into its term is changing the economic future of the country, and bringing about significant changes in the Geopolitical and strategic scenario.

There is optimism in the stock market, whose turnaround in the last 3-4 months has been nothing less than spectacular, coinciding as it has with the rising trend in the American markets. Foreign Institutional Investors have invested heavily in both debt & equity. The Current Account Deficit ( CAD) is at a historic low level and general upward sentiment has stabilised the Rupee to Rs 60 to a dollar against Rs 68 last year. The positive sentiment is also reflected in the latest IIP ( index of industrial production) which grew at a 19 month high of 4.7% in May.

While not abandoning the earlier government’s social sector schemes, the budget has a multi-pronged approach to encourage manufacturing, real estate, infrastructure, tourism and to pursue disinvestment with a new zeal. A lot of emphasis is being laid on FDI and Public Private Partnership (PPP) for development of infrastructure, specially the railways.

The budget has had its hits and misses:

1. The optimist target of fiscal deficit as proposed by the earlier UPA is being retained at 4.1% with an aim to reduce it to 3% by the year 2017. That seems to be a tall order.

2. It has reiterated the government’s commitment to come out with a clear road map for implementation of Goods and Services Tax ( GST) by the end of the current year. Most economists are of the opinion that as and when implemented it would be a game changer.

3. The budget has increased the Foreign Direct Investment (FDI) limit from 26% to 49% in the areas of Defence manufacturing and Insurance sectors. India is one of the largest importers of arms. In fact, for a couple of years it has been the largest. The indigenisation of defence manufacturing has been a long-standing goal of policymakers, mainly because it is believed that in its absence India cannot hope to become a great power. Another reason for discouraging the arms imports is that it leads to substantial outflow of foreign exchange thereby adding to India’s generally high CAD. It is widely believed that increased FDI limit in Insurance sector would eventually lead to money flowing into cash starved Infrastructure and real estate sectors.

4. The budget also proposes to set up an infrastructure trust to help provide long term finance for the sector.

5. The Real Estate Investment Trusts (REITs) should be operational in eight months to a year. This measure is expected to give a fillip to the sector, which is more or less unorganised at present.Though a pass through in terms of taxation has been allowed on rental income, there are still a number of clarifications required on other taxes such as estate duty, Service tax etc.

6. The budget proposes 100 smart cities. To encourage this, the built-up area and capital conditions for FDI have been reduced from 50,000 square meters to 20,000 square meters and from $10 million to $5 million respectively with a three year post lock in.

7. The disinvestment in the PSU banks is proposed by the Finance Minister. This is expected to be achieved through public offering with a twin objective, to the benefit of retail investors and to meet the capitalization requirement as per BASEL III norms.

8. To boost tourism, facility of Electronic Travel Authorization ( e-Visa) would be introduced in a phased manner at nine airports in India within the next six months. Some tax concessions have also been given to tour operators.

9. There has been no clarification on the General Anti- Avoidance Rules ( GAAR) which kick in from 1 April 2015. This acted as a temporary dampener for the stock market. These are provisions designed to check tax evasion. The government should have come out with unambiguous and transparent provisions in this regard in order to assure the markets.

10. The governments stand on retrospective taxation leaves a lot to be desired. When BJP was in opposition they described it as Tax Terrorism. This could be a big stumbling block for new foreign investments into India.

11. Filing an appeal against a customs, excise or service tax order passed by a lower authority will now require one to deposit at least 7.5% of the amount demanded by the department with the amount rising to additional 10% for second stage appeal. These provisions are regressive, as in most cases the demands confirmed by lower authorities are set aside by higher authorities.

Whereas the budget makes a sincere attempt to revive the Indian economy, at the geopolitical level, the Modi government appears to be courting China. There have been four senior-level interactions with China. First Mr Wang, foreign Minister of China, visited India, followed by the Vice President of India and later the Chief of Army visiting China and now Mr Modi meeting Mr Xi Jinping at the BRICS meet in Brazil. The meet led to the announcement of the setting up of BRICS bank with an authorised capital of $ 100 billion and a paid up capital of $ 50 billion, equally subscribed by the members. The bank would operate on the principle of one country one vote. In addition, there would be a $100-billion Currency Reserve Arrangement (CRA). For CRA, China will contribute the largest amount at $41 billion, followed by India, Russia and Brazil with $18 billion each and South Africa with $5 billion. The stated aim is to have a positive precautionary effect, help countries forestall short-term liquidity pressures, promote BRICS cooperation as also strengthen the global financial safety net. The bank is to be headquartered at Shanghai with the first president to be an Indian with a six year term.

Rather than challenging the might of IMF & World Bank, the intention behind the establishment of the BRICS bank seems to be of encouraging the emerging economies to set up parallel institutions to supplement the Bretton Woods institutions established under the leadership of Americans and other developed countries. India has generally had a favourable experience of borrowing from these institutions in the 1980s and 1990s, and therefore needs to positively engage with them. A BRICS bank may act as a catalyst to quicker reforms on voting and shareholding pattern of the IMF and World Bank – a long standing demand of emerging economies, including India. 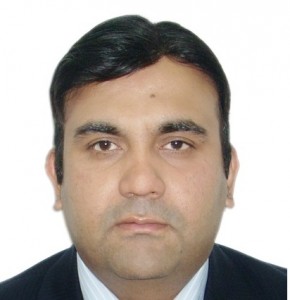