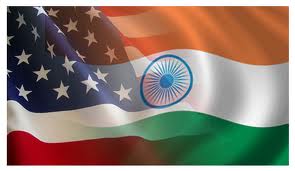 According to a new Gallup survey, more than two-thirds of the U.S. public has a positive impression of India, a score that even edges out Israel’s traditionally-high favorability rating.  This is the latest indicator of how decisively American perceptions about the country have changed.  Not too long ago, India was regarded as the very epitome of what the term “Third World” meant – decrepit, destitute and pitiable.  Yet in a relatively short period of time, the popular view of India has changed in critical ways.

For many decades most Americans were inclined to the views of President Harry S. Truman, who dismissed India at its birth as an independent state as “pretty jammed with poor people and cows wandering around streets, witch doctors and people sitting on hot coals and bathing in the Ganges.”  His Secretary of State, Dean Acheson, had an even more incisive perspective: “by and large [Indians] and their country give me the creeps.”  When Daniel Patrick Moynihan was U.S. ambassador to India from 1973-75, he regularly lamented that Washington was utterly indifferent to the country’s fate; writing in his diary, he confided that it “is American practice to pay but little attention to India.”  In a cable to the State Department, he complained of dismissive attitudes, “a kind of John Birch Society contempt for the views of raggedly ass people in pajamas on the other side of the world.”

Public opinion kept close track with official attitudes in Washington.  Harold Issacs’s classic 1958 survey of U.S. elite opinion, Scratches on Our Minds, revealed that influential Americans held very negative perceptions of the country, associating it with “filth, dirt and disease,” along with debased religious beliefs.  A State Department analysis prepared in the early 1970s found that U.S. public opinion identified India more than any other nation with such attributes as disease, death and illiteracy, and school textbooks throughout this period regularly portrayed it in a most negative light.  This view was again underscored in a 1983 opinion poll, in which Americans ranked India at the bottom of a list of 22 countries on the basis of perceived importance to U.S. vital interests.

So, what accounts for the significant shift in perceptions?  An obvious part of the answer lies in the dramatic turnabout in Indian prospects launched by the 1991 economic reforms.  For all the attention lavished on China these days, Jim O’Neill, the progenitor of the BRICs acronym, contends that India still “has the largest potential for growth among the BRICs countries this decade.”  A recent Citibank report concludes that India will likely be the world’s largest economic power by 2050 and, according to International Monetary Fund data, India supplanted Japan as Asia’s second-largest economy last year.  President Obama routinely points to Bangalore as a threat to America’s competitive advantage while Lawrence H. Summers, his former chief economics adviser, touts the virtues of the Indian development model.  And the jugaad concept, once seen as a sign of backwardness, is now viewed as an innovative approach to business management.

Another prominent piece of the explanation lies in U.S. admiration for India’s durable democratic traditions.   The concept of democratic India had particular appeal to George W. Bush, who engineered a remarkable transformation in bilateral affairs.  Robert D. Blackwill, who served as Bush’s first ambassador to New Delhi, recalls asking Bush as he geared up his presidential campaign in early 1999 about his special interest in India.  Bush immediately responded, “a billion people in a functioning democracy. Isn’t that something? Isn’t that something?”

But a less obvious, though equally important, factor is also at work: The increasing stature of Indians in American society has changed how all Americans think about India.  Consider the following examples:

Large-scale Indian migration to the United States did not begin until the late 1960s and though the community remains relatively small – less than one percent of the overall U.S. population – it is one of the country’s fastest-growing ethnic groups.  But the community’s growing success has given it an influence and impact wholly disproportionate to its size.  As one analyst puts it, “Indians in America are emerging as the new Jews: disproportionately well-educated, well paid, and increasingly well connected politically.”

According to a recent Pew Research Center report, 70 percent of Indian immigrants to the United States have at least a college degree, compared to the national average of 28 percent, and Indians lead all other Asian sub-groups in income and education levels.  This finding echoes another PRC study that Hindu Americans possess the highest socio-economic accomplishments of any U.S. religious community.

Indians have become a driving force on the U.S. business landscape.  According to a new Kauffman Foundation report, Indian immigrants established one-third of Silicon Valley start-ups in 2006-2012, up from about 7 percent in 2005.  Indeed, Indians founded a markedly greater number of engineering and technology firms than did immigrants from other countries, including those from China and the United Kingdom.  And a RAND Corporation study reports that Indian-American entrepreneurs have business income that is substantially higher than the national average and higher than any other immigrant group.

The success and prosperity of the Indian community has had a real impact on U.S. foreign policy.   First, it has helped change public opinion on India in relatively short order, since it is difficult to dismiss or disparage a country that has produced immigrants who have become so rapidly admired in U.S. society.

Second, the growing impact of the Indian American community catalyzed stronger interest about India on Capitol Hill beginning in the mid-1990s, helping in turn to reverse Washington’s traditional disregard of the country – recall, for instance, how the U.S. ambassador’s post in New Delhi was vacant for the Clinton administration’s first year. Pro-India caucuses in the U.S. Congress played an important role in the lifting of U.S. economic sanctions levied against India in the wake of its 1998 nuclear tests, and in securing the ratification of the landmark U.S.-India civil nuclear agreement a decade later. Today, a third of the members of the U.S. Senate and House of Representatives belong to these caucuses.

Third, the Indian-American community has been at the forefront in building critical societal linkages between its native and adoptive countries. Consider, for example, the dynamics at work more than a decade ago. At the same time as Washington was imposing sanctions in response to the 1998 nuclear tests, concerns about the “Y2K” programming glitch led businesses on both sides to set the foundation for today’s strong technology partnership. The significant role played by these societal bonds leads Fareed Zakaria to compare U.S.-India ties to the special relationships the United States has with Great Britain and Israel. And Shashi Tharoor, formerly India’s minister of state for external affairs, has likewise remarked that “in 20 years I expect the Indo-U.S. relationship to resemble the Israel-U.S. relationship, and for many of the same reasons.”

Although they are often overlooked by national policymakers, non-governmental ties fostered by the Indian-American community will be one key in securing the long-term growth of the new bilateral partnership.  As Shivshankar Menon, now Prime Minister Singh’s national security advisor, remarked a few years back, “[I]f anything, the creativity of [American and Indian] entrepreneurs, engineers and scientists has sometimes exceeded that of our political structures.”

This commentary is cross-posted on Chanakya’s Notebook. I invite you to connect with me via Facebook and Twitter.