Congressman Joseph Crowley reacted to the results of the Indian Elections, which were finally tallied this week.

I am pleased to see that the democratic process in India works. Over 700 million people voted, an over 80% turnout. The legacy of the Nehru-Gandhi dynasty, which founded the modern State of India that thrives today, is alive and well and greatly respected by the showing in this most recent election. 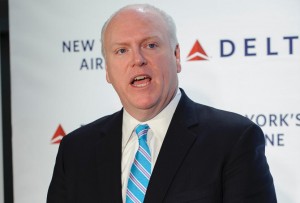 I congratulate the Congress Party for their strong showing in the election. The new government must keep the peace negotiations with Pakistan on track, to ensure that the violence and deaths of innocents completely ceases. As the party that originated the first economic changes under Prime Minister Rao that enabled India and the Indian economy to develop to the level that it is today, I am sure that the Congress party will continue the strong economic growth that India has experienced under the leadership of the BJP. In order for India to grow, more Indians’ daily standard of living and income must improve, and I call upon the Congress Party to make today’s 400 million strong middle class into tomorrow’s 800 million strong and growing middle class. As Democratic chair of the Congressional Caucus on India and Indian Americans, I look forward to working with the new government and Prime Minister, continuing to advance and strengthen the ties between the US and India,” said Congressman Crowley.

“Today is a victory for India,” Ranking Member Eni Faleomavaega said. “History will remember India’s 2014 elections as unprecedented. I will remember the 2014 elections as a triumph. The people of India have triumphed, and I join with them in congratulating India’s next Prime Minister, Narendra Modi, on this momentous occasion.” 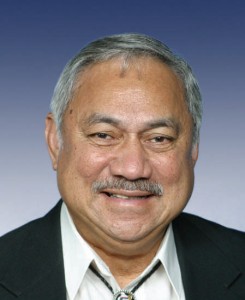 “The election was hard-fought. But Shri Modi unified the nation with new hope, new ideas, and a campaign focused on development and good governance. As a token of friendship and in commemoration of the fulfillment of his destiny to lift up the masses, assure social justice, and bring new hope for any and all who, like him, step forward and transform challenges into opportunities by sheer strength of character and courage, a flag was flown over the United States Capitol at my request in honor of him on April 7, 2014, to mark victory’s dawn.”

“I agree with Shri Modi that India should journey forward – that now is the right time to look ahead. Shri Modi is a man of vision and he, together with each and every citizen of India, will create something special – an India that will assume its destined role.”

“I pay tribute to Shri Modi for his clarion call for change, to save a nation from ruin. I applaud his leadership and will recognize his victory – the people’s victory – in the Congressional Record next week when the U.S. Congress goes back into session. A statement in the Congressional Record becomes part of U.S. history and I firmly believe Shri Narendra Modi should be included not only in the annals of India’s history but U.S. history, too, because he was elected with a resounding victory despite the U.S. using every recourse it could to disrupt his destiny.”

“The U.S.-India partnership should be, could be, one of the most defining of the 21st century. But, I am disappointed that the United States failed to develop a strong friendship and comprehensive partnership with Shri Narendra Modi when it mattered most. U.S.-India relations matter strategically, politically, and economically. Consequently, the United States should have been a fair and honest broker about human rights. Regrettably, the United States missed the mark by responding one way to the 2002 riots and another way to the largest ethnic cleansing since the partition of India in which between 300,000 to 500,000 Kashmiri Hindus have migrated due to persecution.”

“Nonetheless, as Shri Narendra Modi assumes his mantle as India’s next Prime Minister, I have every confidence he will cut across caste, creed and religion and bring alive the dreams of a billion Indians, and a world that needs his leadership. I am inspired by his path-breaking campaign and I praise the Bharatiya Janata Party (BJP) and the National Democratic Alliance (NDA) for working shoulder-to-shoulder with Shri Modi to ensure that the spirit of democracy has triumphed.”

“I also commend Mr. Sanjay Puri, Founder and President of USINPAC, for championing the cause and work of Shri Narendra Modi early on in the U.S. Congress when India’s soon-to-be Prime Minister was the Chief Minister of Gujarat. On May 22, 2014, in the U.S. Capitol, Mr. Puri will host the first seminar on the U.S.-India post-election landscape with invited speakers from the U.S. Senate, the U.S. House of Representatives, the State Department, and video messages from BJP President Rajnath Singh and BJP Head of Opposition Arun Jaitley, both whom I also commend for their hard work and tireless efforts in advancing a successful campaign.”

“I extend my kindest regards to the voters of India and to those from both parties who participated in such an historic election. I welcome the outcome as I have met with Shri Modi and know him to be a sincere man who stands against corruption and for inclusive growth and development. And so, once more, I congratulate Shri Narendra Modi and the parents who gave rise to him. As Shri Modi leaves soon to seek his mother’s blessings, I wish him Godspeed on his poetic journey forward from son of a tea seller to landslide victor to next Prime Minister of India,” Faleomavaega concluded.