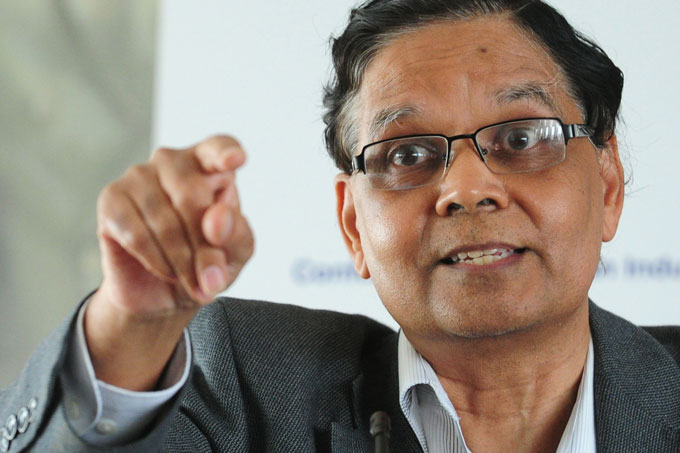 The NITI Aayog CEO Sindhushree Khuallar and other senior officials briefed the vice-chairman about the newly created body.

Panagariya is expected to call on Prime Minister Narendra Modi, who is the chairman of the Aayog, later in the day.

The government had announced the appointment of vice-chairman, 2 full time members, 4 ex-officio members (Union ministers) and 3 special invitees for the Aayog on January 5.
Economist Bibek Debroy and former DRDO chief V K Saraswat were appointed as full-time members by the Prime Minister. They are expected to join shortly.

NITI Aayog has replaced the 65-year old Planning Commission, a vestige of the socialist era.

The 62-year-old Panagariya is an Indian-American economist and professor of Economics at Columbia University.

The earlier Planning Commission had a deputy chairperson at the helm, with Prime Minister as its chairperson.

Panagariya is known for his market-friendly views and is a close associate of well-known trade economist Jagdish Bhagwati.

Panagariya has earlier been the chief economist of the Asian Development Bank and a professor of economics and co-director, Centre for International Economics, University of Maryland at College Park.

Holding a PhD degree in Economics from Princeton University, Panagariya has also worked for the World Bank, International Monetary Fund, World Trade Organisation, and the United Nations Conference on Trade and Development (UNCTAD) in various capacities.