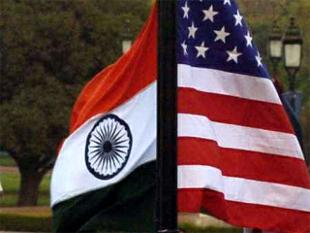 NEW DELHI: India is likely to sign the inter- governmental pact for the US tax compliance law FATCA on Thursday, a move that will help it fight tax evasion.

The pact is likely to be signed by Revenue Secretary Shaktikanta Das and US Ambassador Richard Verma on July 9 here, sources said.
Under FATCA, US government has Inter-governmental Agreement (IGA) for sharing of information with various countries where American individuals and companies have accounts and other assets.
As per the FAQ released by the Finance Ministry on the new black money law, India is expected to start receiving information through Automatic Exchange of Information (AEOI) route under FATCA from USA later in the year.
FATCA compliance will cover all new accounts opened by Indian Financial Institutions from July 1, 2014 onwards.

Further, they would be obliged to share data with the government in respect of all new accounts opened from July 1 till December 31, 2014, to enable the government to share this data with US by September 30, 2015.

The financial sector regulators might also publish detailed guidance for implementation of FATCA.

If a financial institution does not comply to FATCA, it would have to pay 30 per cent penalty tax on all its US revenues, including dividend, interest, fees and sales.