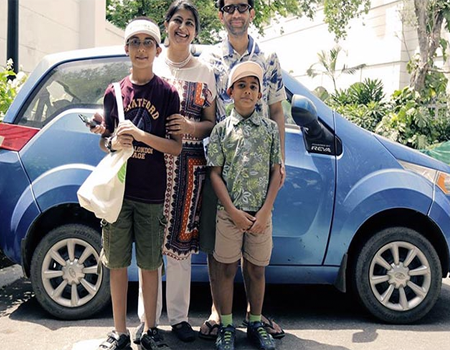 As the EV industry in the United States continues to grow, the Indian market for electric vehicles has stuttered. In 2016, electric vehicle sales in India had only just passed 4,800 units. Demand for EVs is sparse, and the infrastructure and regulations necessary to spur the market are insufficient. While legislature in the United States emphasizes incentives for buyers of electric vehicles, Indian government policies primarily look to incentivize the production of electric vehicles by providing subsidies and tax rebates to producers. In 2010, a massive subsidy package for electric vehicle manufacturers of up to ₹950 million was announced, but this plan was swiftly ended in 2012. In 2015 the Faster Adoption and Manufacturing of Hybrid and Electric Vehicles (FAME) plan were announced, along with ambitious goals of 7 million EVs on Indian roads by 2020 and production of exclusively electric vehicles by 2030. FAME provided further subsidies to producers, along with incentives for state governments to introduce EVs in public transport. However, such incentives were only available to cars manufactured in India; this, in turn, reduced market competition to only Indian manufacturers, thus further increasing the price of electric vehicles and deterring possible buyers. While FAME also laid out plans for charging infrastructure around the country, there are still less than 250 charging stations in all of India, making EV ownership a difficult task. Thus, with no incentives and high costs for buyers, and low demand, the Indian EV market is struggling to gain momentum.

Considering the difficulties faced by the Indian EV industry, the government could certainly use the example of the United States to guide their own policy decisions and spur the market. A study by the International Energy Agency suggested that four major policy factors contribute to electric vehicle markets. Those included: research and development support, clear and achievable targets, financial incentives, and policies that increase the value of owning electric cars. Indian EV policy can be implemented in all four areas, with increased funding for EV research potentially reducing the costs for producers, and more achievable targets engendering genuine motivation from EV manufacturers. Financial incentives similar to those in the United States (such as tax credit and exemptions) could also stimulate the industry while other policies, such as reduced toll fees and dedicated parking spaces for electric vehicles could be implemented to increase value for EV owners.

The Indian government has already announced plans to reduce the bureaucracy surrounding EV ownership, eliminating one of the significant factors that deterred people from buying EVs. The government could even go one step further by introducing incentives for local governments to purchase EVs for municipal fleets. Considering a large number of public transport vehicles in India, this could help lead the population by example, garnering a collective sense of urgency about this matter. If India were to use the United States as an example and implement similar policies, then India would not only gain a flourishing EV industry but also achieve better, cleaner air and a better overall economy.