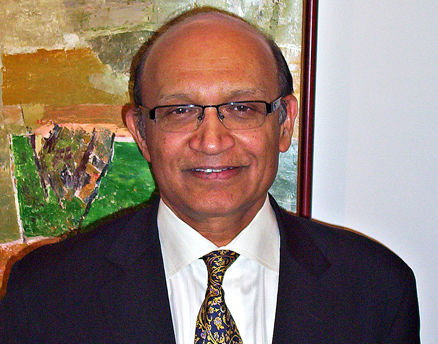 USINPAC Congratulates Meera Komarraju, the Indian American chair of the Southern Illinois University-Carbondale’s Psychology Department, for being named the new dean of the university’s College of Liberal Arts on July 1 pending approval of the board of trustees.

The appointment of the Indian American academic’s new post, announced by Acting Provost and Vice Chancellor for Academic Affairs Susan Ford, follows a national search to replace former dean Kimberly Leonard, who left for a position at another institution.

Komarraju came to SIU as a lecturer in 1986 after completing her graduate training in psychology at Osmania University in India and the University of Cincinnati. At SIU she taught in the departments of psychology and management until her appointment as an assistant professor in the Department of Psychology in 2005. She became an associate professor in 2009 and a professor in 2014.

She has held administrative roles as director of the psychology department’s undergraduate program, chair of the department, and associate dean for student and curricular affairs in the college.

Her research interests include cognitive, non-cognitive and socio-cultural factors related to motivation and performance, teaching self-efficacy, and the influence of ethnicity and gender on perceptions of leadership effectiveness.

In addition, she has earned SIU’s university-wide Outstanding Teacher of the Year Award and has twice been its nominee for U.S. Professor of the Year. She is currently serving as co-chair of the advisory committee leading the search for a new SIU chancellor.