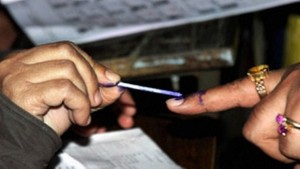 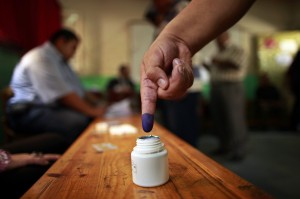 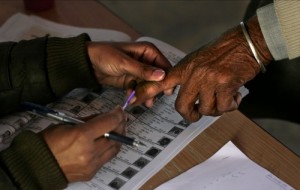 Sangeeta Rana was recently named as one of 23 candidates named a Fulbright-Clinton Fellow.

The Fulbright-Clinton Fellowship is a component of the Fulbright U.S. Student Program, which was inaugurated in 2012.

The Fulbright-Clinton Fellowship allows fellows to serve in professional placements as “special assistants” in foreign government ministries or institutions and to gain hands-on public sector experience in participating foreign countries while simultaneously carrying out an academic research/study project.

Rana has experience in public health research and practice, as well as direct patient care. Previously, she managed a policy research team at Boston Children’s Hospital that developed measures of quality of care for national use. She has researched national health policies in the U.S., China, Brazil, and Ghana, and has worked globally in public health and medicine.

Based on the results and identified needs, she will work with local stakeholders to develop quality improvement strategies that contribute to and complement government efforts to improve access and quality.

Talwar, who was Obama’s top advisor on the Middle East region for over four years was nominated for the position by Obama yesterday.

He is the second Indian-American to be nominated as the Assistant Secretary position in the State Department.

In July, Nisha Desai Biswal was nominated as the Assistant Secretary of State for South and Central Asia.

Both the positions need to be confirmed by the Senate. Obama announced his intent to nominate Talwar to the top State Department position along with nearly 30 senior administration positions.

“I am grateful that these talented and dedicated individuals have agreed to take on these important roles and devote their talents to serving the American people,” Obama said.

“I look forward to working with them in the coming months and years,” he added.

If confirmed by the Congress, Talwar, in his capacity as the Assistant Secretary of State for Political Military Affairs, will provide policy direction in the areas of international security, security assistance, military operations, defence strategy and plans, and defence trade.

Since 2009, Talwar has been a Special Assistant to the U.S. President and Senior Director for Iran, Iraq and the Gulf states on the White House National Security Staff.

Prior to this, Talwar had served as a Senior Professional Staff Member on the Committee on Foreign Relations of the United States Senate (SFRC) from 2001 to 2009 and from 1997 to 1999, he was the chief advisor on the Middle East to then Senator Joseph R Biden, in his capacity as the Chairman of the Senate Foreign Relations Committee.

Talwar served as a member of the Department of State’s Policy Planning Staff from 1999 to 2001.

Talwar received a BS from Cornell University and an MA from Columbia University’s School of International and Public Affairs.

Indian-American author Jhumpa Lahiri has made it to this year’s Man Booker Prize shortlist for her new fiction ‘The Lowland‘, an intimate portrayal of two brothers set in Kolkata of the 1960s.

Her tale, set in the suburban streets of Calcutta of the 1960s and told through the eyes of brothers Subhash and Udayan in ‘The Lowland‘, will compete alongside five other works of fiction for the coveted literary award worth 50,000 pounds to be announced here next month.

Born in London and based in New York, 46-year-old Lahiri is the daughter of Indian immigrants from West Bengal.

She is also a member of US President Barack Obama’s Committee on the Arts and Humanities.

She won the 2000 Pulitzer Prize for Fiction with her debut short story collection ‘Interpreter of Maladies‘ (1999) and her first novel ‘The Namesake‘ (2003) was adapted into a popular film of the same name by filmmaker Mira Nair.

Her writing is rooted in the Indian milieu and attempts to capture dislocation and ambivalence with a unique play of words.

‘The Lowland‘, released this month, is already being pitched as an easy front-runner among literary circles here.

Birmingham-based Jim Crace is also being touted as among the 2013 favourites for ‘Harvest‘, a novel about the fragile social eco-system of a remote English village, which the author has claimed will be his last.

Like Crace, Colm Toibin is also a previous nominee and is heading the list with ‘The Testament Of Mary‘ – about the mother of Jesus grieving angrily years after her son’s crucifixion.

If it wins, it will be the shortest novel to win the Booker with just 104 pages.

Eleanor Catton, 28, is the youngest to make the cut with her book ‘The Luminaries‘, while Ruth Ozeki with ‘A Tale For The Time Being’ and NoViolet Bulawayo ‘We Need New Names’ complete this year’s selection.

Robert Macfarlane, chair of the judges, said the shortlist was “instantly striking because of its global range“.

“It shows the English language novel to be a form of world literature,” he said.

“We looked for books that sought to extend the power and possibility of the form. This is in keeping with the history of the novel. We wanted novel novels,” he added.

Each of the six shortlisted writers will receive 2,500 pounds and a hand-bound edition of their book.