India is well on its way to a makeover, on the cusp of transformation and leading the charge is none other than the Prime Minister himself, Narendra Modi. In his recent Independence Day speech, Modi announced his vision for a future driven by innovation and aimed at improving the lives of all Indians at large. To achieve his dream of a “Digital India”, his government plans to build the required infrastructure which will ensure that all Indians have access to essential public services and information. A dream which few have dreamt before, leave alone fulfillment. 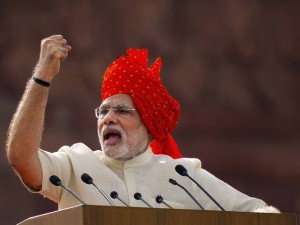 Then again it is something to look forward to and surely an inspiring signal to his constituents and international partners. After all, innovation is currently the buzzword and extremely necessary for the growth of any nation in the 21st century and for a country as diverse as India, it is something which is long overdue. By embracing the humungous potential that technology has to offer, the people of India can connect and unite like never before. From improving the overall access to education and exploring fresh perspectives on the same to increasing the country’s electronic manufacturing capabilities, so that even those living in the far remote expanses of rural India could benefit.

The Obama Administration recently praised Modi’s approach and quickly highlighted the opportunities for collaboration.  In comments at the New York Foreign Press Center, U.S. Assistant Secretary of State for South and Central Asia Nisha Biswal said, “We have a pretty ambitious roadmap and workload over the next six weeks and we look forward to a very substantive and consequential visit for Prime Minister (Modi) and look forward to being able to really put a great deal of meat on the bones in terms of this very important relationship that the President has characterized as a defining partnership for the US in the 21st century. This is a relationship that carries a great deal of importance and meaning to the US and is at a critical moment of opportunity and we want to make sure we work very closely with our counterparts in India in realizing that opportunity”. 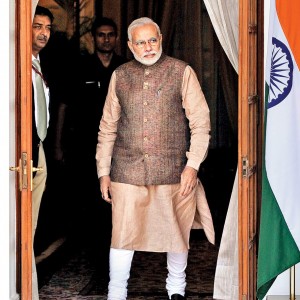 Recently, India and the US came together to discuss issues in the Strategic Dialogue Meet that was chaired by US Secretary of State John Kerry and External Affairs Minister Sushma Swaraj in New Delhi on August 1.The dialogue focused primarily on strengthening cooperation in economic opportunity, energy security, homeland security, education, space and vocational training.  ”These are all areas where we are looking to see some concrete announcements. I don’t have that to give to you right now but that is what the homework assignment has been for the two sides to be working on over the next six weeks,” Biswal said referring to the Strategic Dialogue Meet.

Coming back to Modi’s dream of a Digital India, it sure is a grand vision which would take some doing to even embark on its first baby steps and going by the last few months, there’s been more talk than action. As a country, India maintains discriminatory industrial policies that are stopping U.S. exports of the very information and communication technology products that Modi will need to realize his Digital India dream.  Widespread copyright piracy and negligent protection of intellectual property rights in India are discouraging innovation and investment and instead are resulting in more brain drain than ever.

While most of the developing countries are opening up their markets and are in the process of introducing the kinds of legal and economic reforms which are necessary to build and sustain a modern digital economy, India is falling further behind rather than keeping pace with them.  In the last one year itself, India has slipped ten places in the global innovation index and now ranks a disappointing 76th in the world. According to the 2014 World Economic Forum’s Global Enabling Trade Report, India’s trading regime ranks 96th out of 132 countries in terms of enabling trade. Not the ideal figures when we talk of a nation thinking digital.

These are early days for the Modi government, and manufacturers remain optimistic that positive progress can be achieved and a fruitful bilateral commercial relationship would be an ideal beginning. If India’s new government is serious about taking the actions necessary to achieve their vision, then America is more than ready to work with them.