Pakistan is facing a grave internal security crisis as radical extremists are gradually gaining ground. The crisis is attributable to a large extent to the resurgence of Islamist fundamentalist forces and the army’s inability to fight them effectively. Consequently, the spectre of Pakistan’s nuclear weapons falling into the hands of terrorist organizations has once again come to the fore. Western commentators are calling for contingency plans to physically secure or destroy the nuclear warheads in the event of a meltdown in the country.

Islamist terrorists can gain possession of nuclear warheads by physically breaching the security ring around them, by subverting the personnel on guard duty or if they succeed in overthrowing the regime in power in Islamabad through a coup. The Pakistani military authorities are extremely concerned about such eventualities and have made elaborate arrangements to ensure that all their nuclear warheads are stored safely. They claim that carefully formulated personnel reliability policies and electronic safety mechanisms have been developed and incorporated by Pakistan’s Nuclear Command Authority.
The Pakistani military establishment loses no opportunity to emphasize that as a responsible nuclear weapon state Pakistan has always attached great significance to the security of its strategic assets and that these assets are completely safe and secure under multi-layered security and command and control structures that are fully indigenous.

The fissionable atomic core made of highly enriched uranium and the high explosive trigger assembly are stored in fortified underground storage sites. Entry and exit into these “bunkers” is controlled by armed and well-equipped specially selected and meticulously trained personnel of the Strategic Plans Division (SPD). As part of the Personnel Reliability Programme, these personnel are screened carefully before induction, are kept under constant surveillance and are frequently rotated.

Personnel selected for the security of the outer perimeter are reported to belong to elite infantry battalions of the Pakistani army. The possibility of any of these personnel being subverted is guarded against by counter-intelligence teams. Military regimes have very strong survival instincts and the SPD ensures that hard-line radical elements are ruthlessly weeded out from the nuclear security detail. The storage sites also have air defense assets allotted to them to defend against attacks from the air.

The delivery systems of Pakistan’s Strategic Forces Command, comprising Chinese supplied M-11 and M-9 and the North Korean Nodong and Taepo Dong nuclear-capable surface-to-surface missiles and their launchers, are based at separate locations. These sites or “hides” are well-dispersed to ensure that maximum warheads survive a conventional air attack during war. They are also well defended against possible commando raids.

However, the possibility that an Islamist fundamentalist organization might overthrow the unstable civilian government with support from a large faction of the army cannot be ruled out. In such an eventuality, the U.S. and its allies may justifiably form another ‘coalition of the willing’ to seize maximum number of warheads in raids by Special Forces and bomb the remaining storage sites from the air to destroy the warheads. It would be in India’s interest to provide the maximum possible assistance that it can. 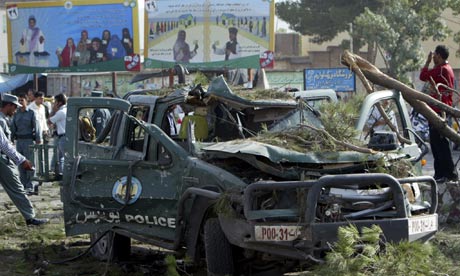