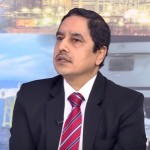 India is currently ranked 100th on the World Bank’s “ease of doing business” scale, an impressive rise from its130th position in 2016. USINPAC interviewed Mr. Shashank Priya, an officer at India’s Goods and Service Tax (GST) office, to discuss India’s current ranking and to talk about the steps that are still needed for its continued improvement. Mr. Priya is one of the architects of India’s recent tax changes, a primary component of India’s rise on the ranking scale.

Mr. Priya recently attended a World Bank conference on the topic of improving a country’s ranking. The World Bank assesses a country’s “ease of doing business” on ten parameters. These are: Starting a Business, Obtaining Construction Permits, Getting Electricity, Registering Property, Getting Credit, Protecting Minority Investors, Paying Taxes, Trading Across Borders, Enforcing Contracts, and Resolving Insolvency. According to Mr. Priya, the Government of India has been working on reforms in every parameter. Some of the factors responsible for India’s rise are the improvements that India made in procedures relating to starting a business and obtaining construction permits. In this regard, India has made doing business easier by providing for similar applications for procuring a Permanent Account Number (PAN) and a Tax Account Number (TAN), and by improving the online application system. For construction permits, India has streamlined the process by implementing an online system, thereby reducing the number of procedures required and the time involved to obtain a building permit.

As another step, India strengthened access to credit by adopting a new law on insolvency and amending the rules on the priority of secured creditors outside reorganization proceedings. For the payment of taxes, India introduced administrative measures that made it easier to comply with corporate income tax provisions and that allowed for payments to be made electronically to the Employees’ Provident Fund. India also eliminated the Merchant Overtime Fee, typically collected for inspections of export cargo done outside office hours, thus reducing the time it takes to comply with import regulations. All these factors have contributed to bringing more multinational corporations to India, leading to improving its rankings as well as boosting its economy.

According to Mr. Priya, the major tax reform happened in July of 2017 when a new indirect tax, GST, was introduced across India subsuming the then existing 15 central and state taxes and a plethora of other charges. Before the implementation of GST, taxpayers had to maintain multiple accounts, file multiple returns, pay multiple taxes, and face multiple audits from different authorities. Mr. Priya explained that GST, in subsuming all these taxes, now needs only one CGST (Central Goods and Services Tax) and one SGST (State Goods and Services Tax) to be paid on each transaction. This system simplified the taxes for consumers and businesses and has made it easier to do business.

Although India has undertaken consistent efforts in the last four years to reform the business climate, there is still a lot more to do. According to Mr. Priya, one of the factors holding India’s ranking down is the speed of the implementation of these reforms. He opined that “Reforms are to be carried out in a phased manner. There is a time lag between actual implementation and their appreciation by the majority of respondents.” Even though all these reforms require time, resources and money, Mr. Priya underlined India’s commitment to this process thus: “The implementation of reforms, whether of indirect or direct tax or new norms for registering companies or improving the environment for trading across the borders, are all aimed to improve the trade facilitation and business climate in India, which would help spur economic activity and investment. All this will help with the economic development of the country.”

From climbing up the World Bank rankings to becoming the sixth largest economy in the world, India is continuously progressing. It expects its ranking to improve as a result of its sustained efforts and commitment.

Mr. Shashank Priya is an officer of the Indian Revenue Service and serves the Government of India as Joint Secretary in the Goods and Services Tax (GST) Council, a Constitutional body with the mandate to recommend all tax rates, laws and rules and regulations thereunder, to the Union Parliament and the State Legislatures. For the last three years Mr. Priya has worked in various capacities of GST, such as Commissioner, GST, Additional Director General, GST and now as Joint Secretary, GST Council. He has contributed to legislative activities relating to the GST like the Constitution Amendment Bill, the Model GST Law and the GST Rules. He has also prepared the GST training materials and put together outreach programs for the Central and State Government officers. He recently participated in the deliberations of the World Bank team on the Ease of Doing Business Report, particularly relating to the ‘Paying Taxes’ Section.

Mr. Priya has 30 years of work experience on matters relating to indirect tax and the World Trade Organization. He served as a Professor in the Centre for WTO Studies in the Indian Institute of Foreign Trade and dealt extensively with issues relating to the WTO and Trade Facilitation. He worked for five years in the Trade Policy Division of the Department of Commerce as Deputy Secretary/Director. In these roles, he has represented India in negotiations in the WTO Ministerial Conferences in Cancun, Geneva and Hong Kong as well as in numerous WTO Committee meetings. He was the prime negotiator for bilateral trade agreements with SAFTA, Chile, Mercosur and ASEAN. He also has worked in different fields of Customs, Central Excise and Service Tax such as Central Excise Division, Anti-Smuggling, Appraising, Vigilance, Export Promotion and Service Tax.

He has contributed articles on WTO issues in newspapers/journals like the Economic Times, The Hindu Businessline, and eSocial Sciences and is the author of two books, namely ‘Review of Trade Policies of India’s Major Trading Partners’ and ‘Trade Facilitation Gap Analysis for Border Clearance Procedures in India.’ He has also authored a paper for UN ESCAP, Bangkok on ‘Cross-Border Paperless Trade’. Mr. Priya currently resides in New Delhi.

Electric vehicle (EV) use has been on the rise in recent years, but in India that market has started to stagnate. Previous attempts from the government have proven to be unfruitful at stimulating the EV industry in India. In this blog, we look at a study done by the International Energy Agency about how to implement effective policy. There are four pillars that the International Energy Agency accredits to successful policy: research and development support, achievable goals, financial incentives, and increasing overall value of EVs.

1.RESEARCH AND DEVELOPMENT SUPPORT FROM THE GOVERNMENT

There are currently only two companies manufacturing electric vehicles in India, TATA and Mahindra. For the EV industry to grow, there must be sufficient competition between manufacturers. Such competition would increase the quality of products and decrease the prices for buyers. However, considering the relatively new technology that EVs rely on, companies must first invest significant time and money into research and development to produce efficient cars that can compete in a market dominated by petrol and diesel-powered vehicles. If the Indian government were to fund manufacturers’ research on the subject, it would drastically increase the quality of the products and the number of competitors in the market. In early 2017, the government announced plans to fund up to 60% of R&D for electric two-wheelers, three-wheelers, and commercial vehicles. If such plans are carried out, companies would, with support from the government, be able to manufacture EVs that can compete with petrol and diesel powered vehicles.

Originally, the Indian government had set an ambitious goal of having only electric vehicles on the road by the year 2030. This perfectly exemplifies the overzealous and unattainable targets that are detrimental to the industry. Seeing as only two car manufacturers in India currently produce electric vehicles, claiming that the entire population will use EVs by 2030 exposes the Indian government is naiveté on the subject. Such goals fail to serve as motivation for manufacturers because they know the targets cannot be reached anyway, and therefore do not even attempt to achieve them. The CEO of Mercedes Benz India, Roland Folger, believes that the Indian government should not “rush with the all-EV push,” demonstrating the lack of belief in such goals from a company that is a significant part of the industry. Recently, the government announced that it is revising its goal to 30% electric cars by 2030 – a far more achievable target. This revised goal is likely to engender motivation in manufacturers, potentially helping the industry. However, smaller-scale goals – such as individual sales targets for companies – would also help drive manufacturers towards more precise targets.

India could use the example set by the United States and implement policies that would incentivize the purchase of EVs by consumers. Tax credits and tax exemptions could be granted, potentially stimulating demand. Standard tax exemptions could be implemented for the purchase of new cars, and additional exemptions could be applied for vehicles with larger batteries or houses that install charging stations. If demand increases as a result of these incentives, domestic manufacturers will be forced to increase production. Furthermore, automobile companies that were otherwise not manufacturing EVs will recognize the vast potential for profits and will, therefore, enter the industry, increasing competition and reducing prices.

4.INCREASE THE OVERALL VALUE OF OWNING AN ELECTRIC VEHICLE

Considering the high property rates in most Indian cities, rates for parking spots in housing societies could be reduced for owners of electric vehicles. EV owners could be exempt from toll fees and the proposed road tax (the road tax is not yet in place). Companies and businesses could also be offered tax exemptions for installing charging stations in office parking spaces. In all, several policies could be implemented to increase the value, both monetary and non-monetary, of electric vehicle ownership.

Indian’s government could learn from other countries in the field of electric vehicle policy. The stuttering Indian EV industry could undoubtedly benefit from policy changes that have proven successful in countries such as the United States and Germany. However, arguably the most important lesson to be learned from other countries is not from their success, but from their failures. Even the United States, which has one of the largest EV industries in the world, was unable to reach its goal of selling 1 million electric vehicles by 2015. The goal, set by President Obama, proved to be far too ambitious as the United States had only achieved about 400,000 electric vehicle sales by the end of 2015. Thus, India must recognize that the transition to electric vehicles will be a slow one, as both consumers and producers collectively and steadily commit to the cause. Indeed, the success of the EV industry does not solely depend on the production and purchase of vehicles, but on a large scale structural change to the Indian economy. Small steps must be taken in order to change the transportation infrastructure in the country entirely, that will eventually result in a transition towards electric vehicles. Recognizing the magnitude of this task is the first step to shaping a successful EV industry.