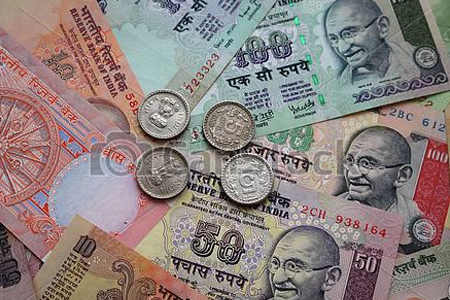 According to the World Bank’s updated data for 2017, India is now the sixth largest economy in the world standing at $2.597 trillion at the end of last year. India surpassed France, which stands at $2.852 trillion. This growth is an impressive feat, considering ten years ago India’s GDP was half to that of France. India’s GDP saw a growth of 7.7% in the last quarter of 2017, contributing to the overall larger number.

There are a few factors mainly responsible for India’s stable growth. Firstly, there has been more stabilization of growth within sectors such as agriculture, industry, and services. Second, India’s overall economy has also shifted towards the services sector, where growth is more stable overall. Additionally, growth has also been broadly diversified, growing the fastest in services, then industry and less so in agriculture. Finally, a massive contributor to the stability of growth has been India’s resilience to shocks, both domestic and external. For example, the 2008 global recession affected India only the first year. India immediately bounced back in 2009, with an impressive growth rate of 8.5%. India’s economy is diverse in sectors and geography, and this largely contributes to the resilience of the country’s GDP. India’s production structure is diverse due to its ability to produce a multitude of products, commodities, and natural resources. India’s trade basket is also broad, consisting of a diverse set of trading partners, so a slowdown in one part of the world does not have a drastic effect on India’s economy overall.

All of these factors have helped India grow consistently. India’s recent accelerated growth mainly stems from an increase in consumer spending. Estimates suggest the growth will be continuous and accelerated. According to the International Monetary Fund, India is projected to grow a total of 7.4% this year and 7.8% in 2019. India has been undertaking multiple consumptions, and tax reforms, that are seemingly working. According to the Center for Economics and Business research, India has a good chance at becoming the world’s third largest economy by 2032, given current trends continue.

However, another factor to consider is that India is also the second most populated country in the world, set to become to the first, surpassing China, by 2024. India has a population of 1.3 billion people. When considering those numbers, India’s $2.59 trillion does fall short of providing everyone in the country with sufficient income to live well. India’s GDP per capita is $1,940, twenty times lower than France’s $38, 477 and about four times lower than China’s $8,827. Even though India’s GDP has been growing consistently, its GDP per capita has seen a lot more fluctuation and an overall decline in the past fifty years, due to its growing population. The impact of India’s GDP growth can only be wholly beneficial if population growth slows as well and income inequality stays low. There is a still a long road ahead to development for India, but it is definitely in the right direction and on the way.

India’s economy has been growing consistently at impressive rates. In addition to the 7.7% growth in the fourth quarter, India grew a total of 7.1% in 2016 and 8.0% in 2015. Since the 2008 recession, India’s GDP growth has not fallen below 5.5%, staying consistently higher. However, the country’s growth is not just limited to recent short-term numbers. In addition to short-term fluctuations, India has had a long-term steady growth as well. India’s long-term economic growth has steadily accelerated over a fifty-year period, without any prolonged reversals. GDP growth from the 1970s to 80s averaged 4.4% but accelerated to 5.5% from the 1990s to early 2000s, and further 7.1% in the past decade despite the recessions. Point to be noted here is that, not only is the economy growing at an accelerated pace but the growth of the economy is also accelerating. This accelerated long-term growth proves that the current exponential growth is not an exception but a continuation of the trend. It also goes to show that it is possible to retain the current growth into a long-term trend.